A collaboration between Staedelschule Architecture Class AAP and MAMAZA. The project was first realized during December 2013 and January 2013 in Mousonturm theater, Frankfurt.

Two more Garden State projects were realized, one in Buenos Aires in Spring 2014, and the last one in Venice in Teatro Fondamente Nuove in October 2014. 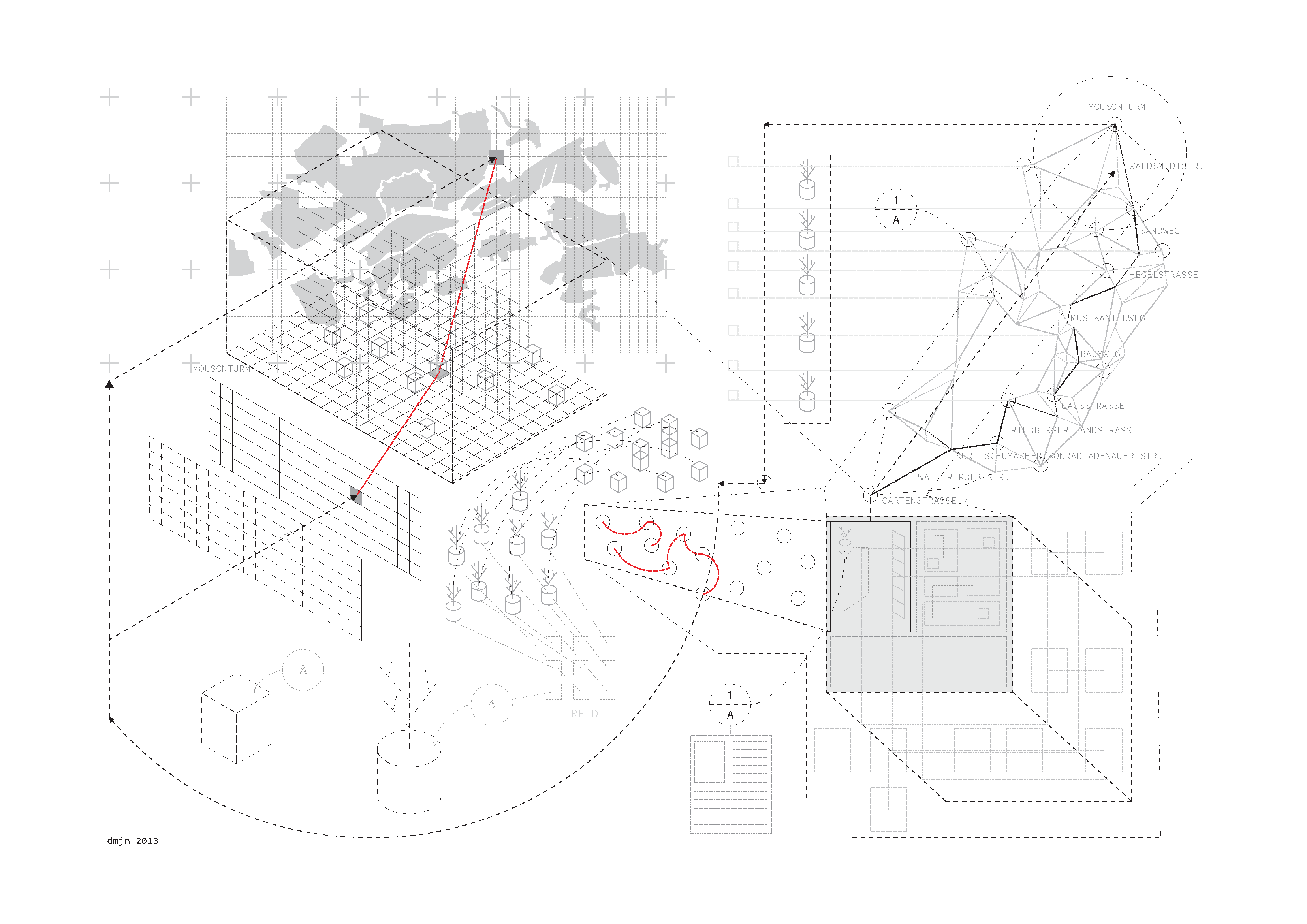 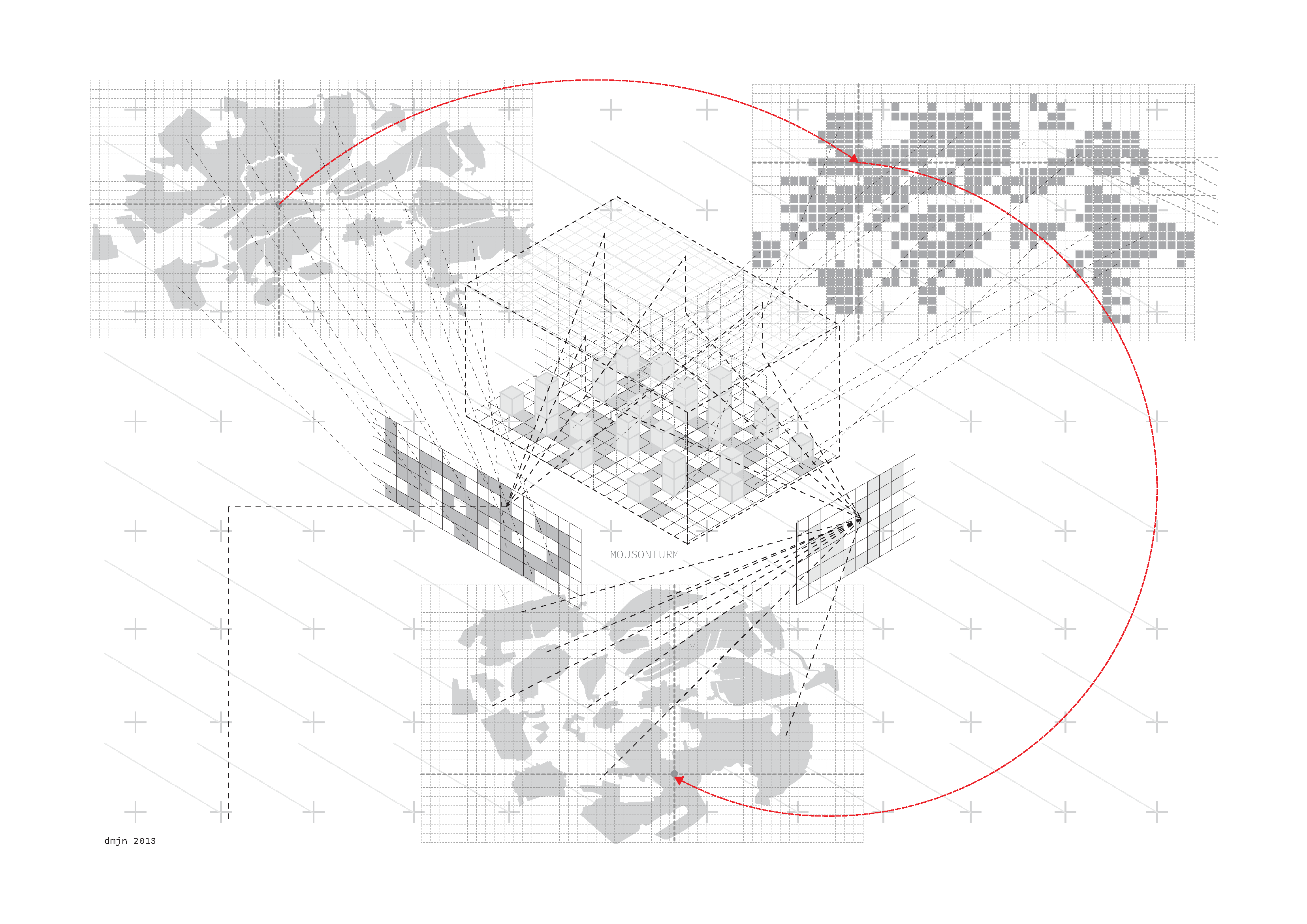 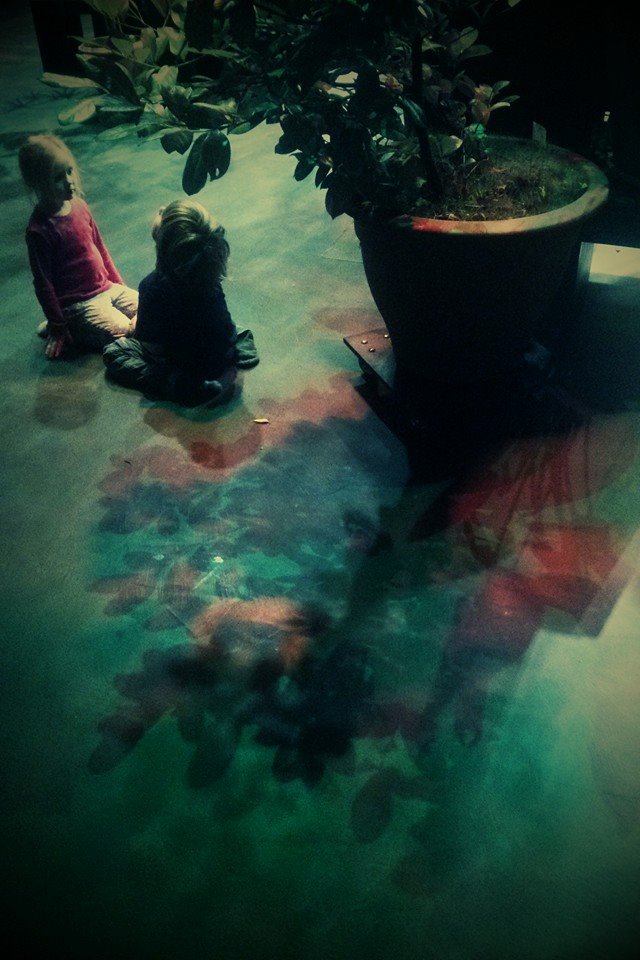 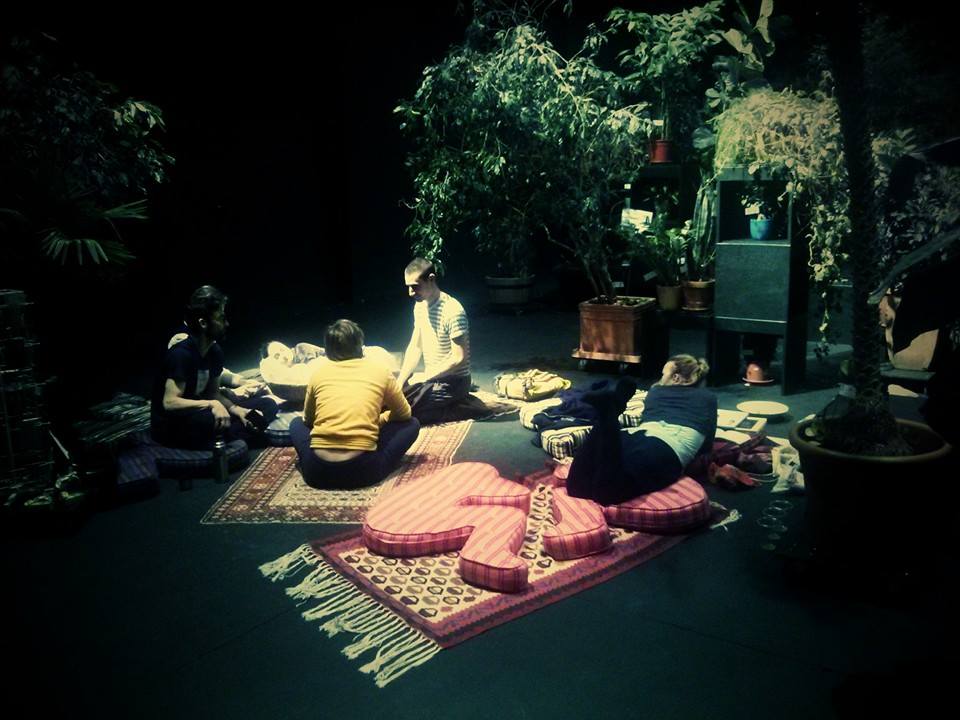 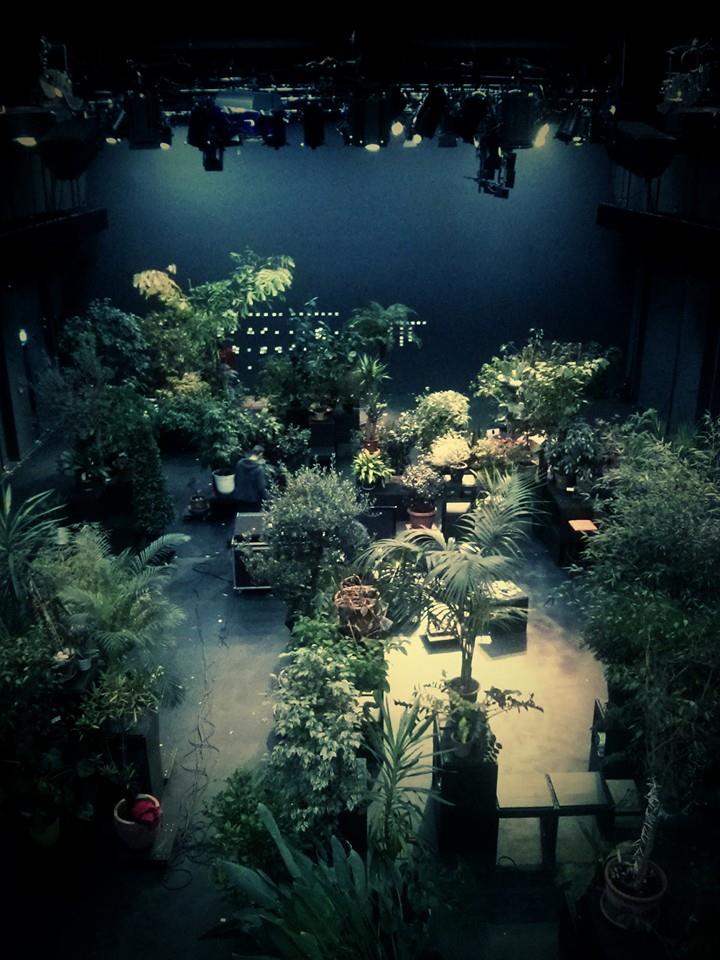 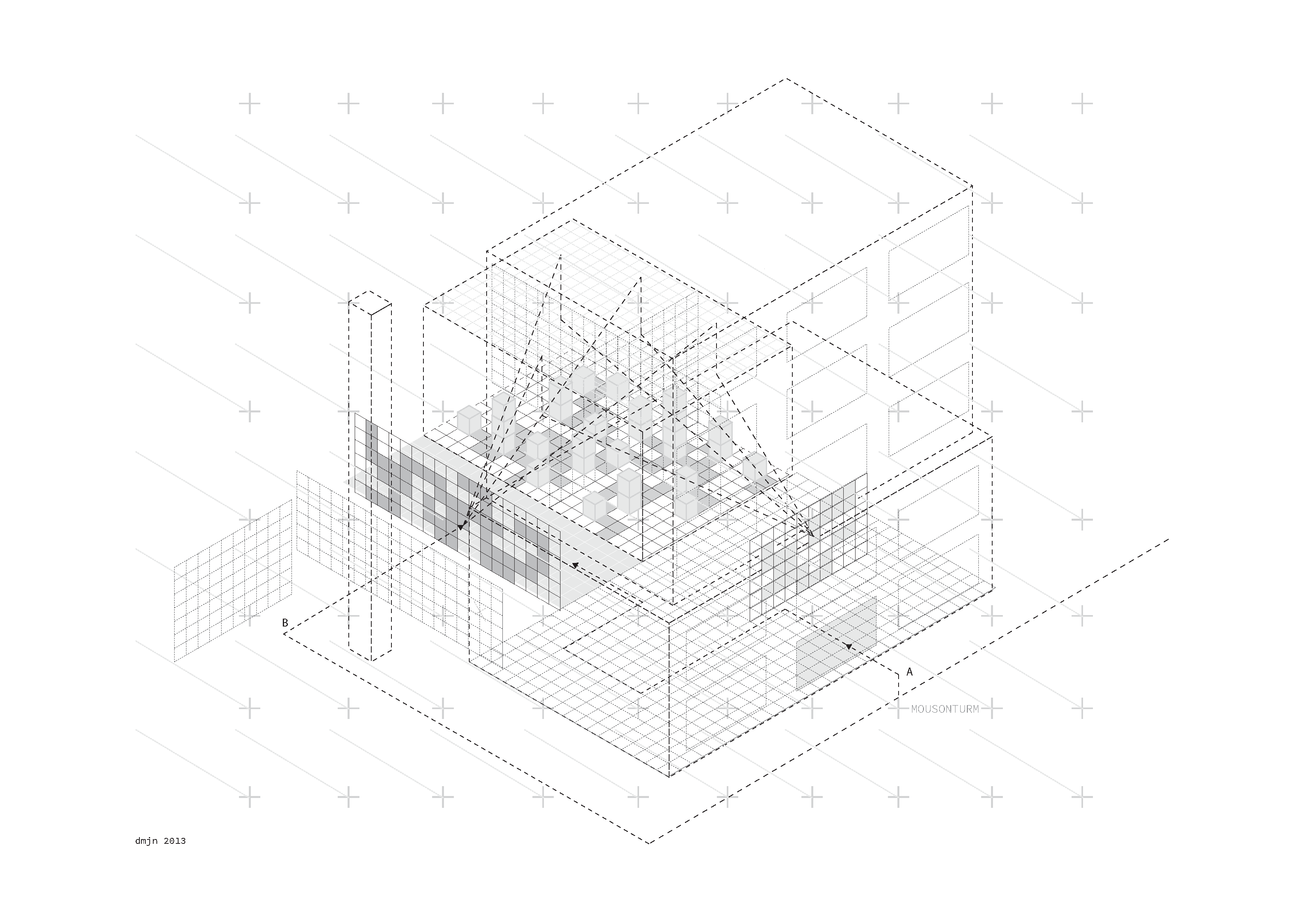 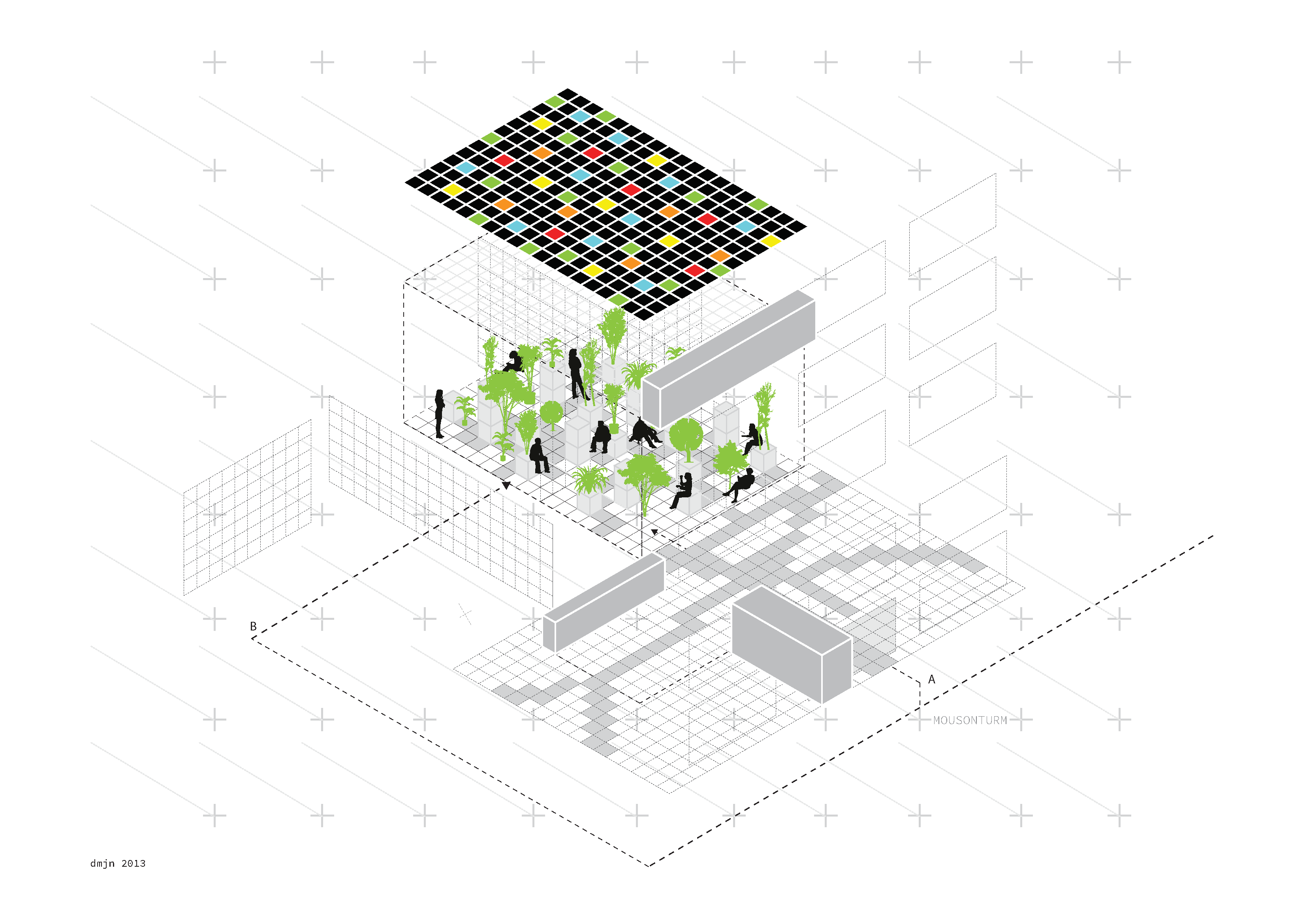 The premise is based on a (possibly fake) story about a pirate anarchistic community from the 16th century called Libertalia, which was situated on an island somewhere near Madagascar. Mamaza imagined making an island with an atmosphere of an garden, in Mousonturm main space, a place where people could come in with their own plants and enjoy with the other like-minded people.

Based on the idea of Libertalia, the main Mousonturm theater space would become a lush garden for a couple of days in January, and the garden will be made by the people of Frankfurt bringing their plants inside the space. Everything we learned from our own research on gardens had a very different outcome and conclusions: we had learned that gardens are places open to the sky/light, spaces in which the ground is fixed, and a place where the plants do not move. In the brief, the garden is situated in a closed, black box of a theater, the ground can consist of as many stages we want, and the plants are dancing, as performers.