The aim of this project is to explore the possibilities of large dataset neural network algorithms as tools for architectural design. The main concept revolves around the creation of new, never before seen William Morris patterns, by combining the 'styles' of two existing ones. In recent years, machine learning has advanced to the point where object and face recognition have attained near-human performance through the usage of a class of biologically inspired vision models called Deep Neural Networks. This exciting new world of artificial intelligence-based image-making presents an incredibly interesting new set of problems for architectural design, from the purely representational, to the political and authorial. 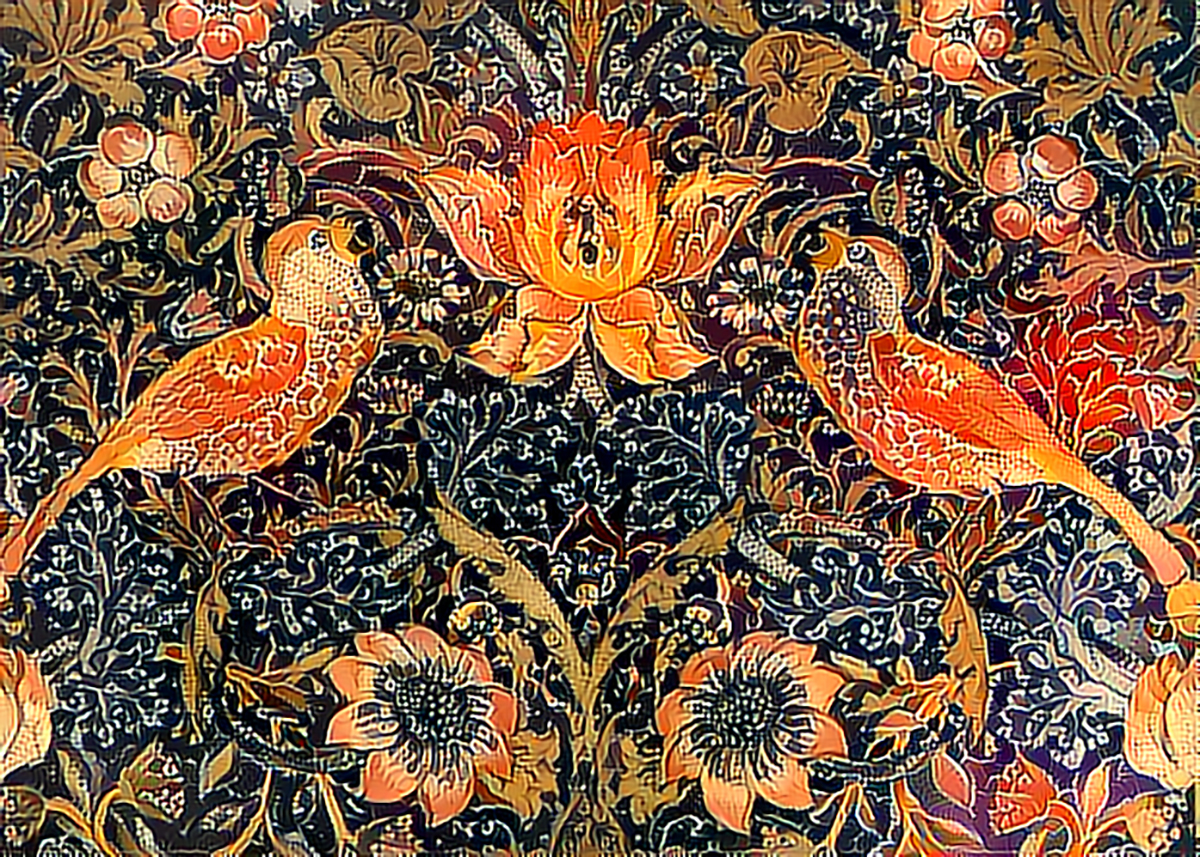 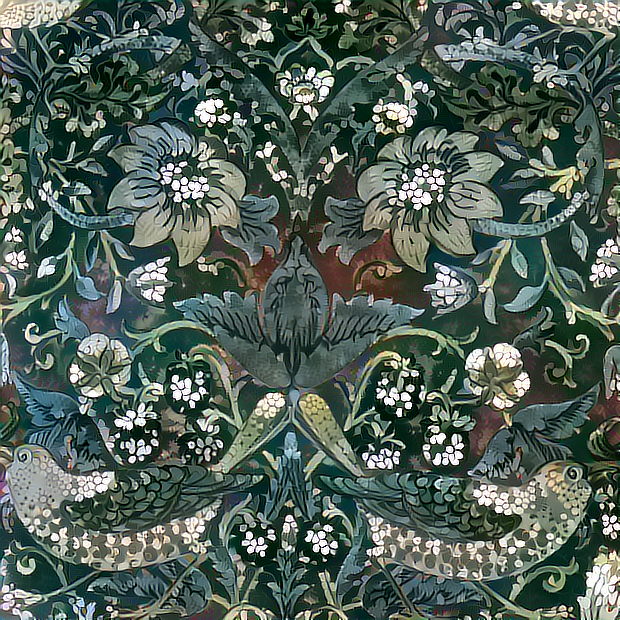 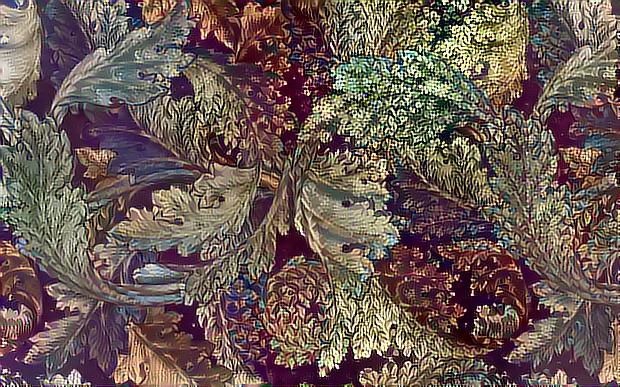 The idea is to utilise existing, pre-trained models of deep networks and explore the consequences of the so-called ‘style transfer’ technique, originally presented in the paper “A Neural Algorithm of Artistic Style” by L.Gatys, et.al., for multi-scale, flat architectural textures (patterns, ornaments and facades). The style transfer algorithm involves combining a ‘style’ of an image with a ‘content’ of another image, thus enabling new coherences and effects. In such a way, a new class of imagery evolves, where, for example, two patterns exchange each other’s style and content to create two new, previously unknown patterns. This combination does not belong to any known class of image manipulation and compositional technique, as the system uses neural representations to separate and recombine content and style of images, in effect generating images by the machine, for the machine. This, in my opinion, raises a number of important issues for architecture as an image-based design practice, especially in connection to orthographic projections as at its disciplinary basis. The aim of this proposal is to focus the research on the applications of deep neural networks onto flat textures, across three scales - patterns, ornaments and facades. The studio will engage with collection and processing of large quantities of architectural texture data, and with producing, classifying and implementing the results of operations, especially in terms of producing high resolution outputs usable for design and fabrication. A special focus will be given to develop a discourse for understanding the results. The studio will produce an exhibition and an extensive report in the form of a publication. The aim is to get as close as possible to understanding the question of a computer vision-based architectural style through the usage of cutting-edge software techniques. Lastly, the studio will explore the possibilities of form-making by using the results to generate 3d representations of facades.